From Mek & Tosj to Nucleobytes 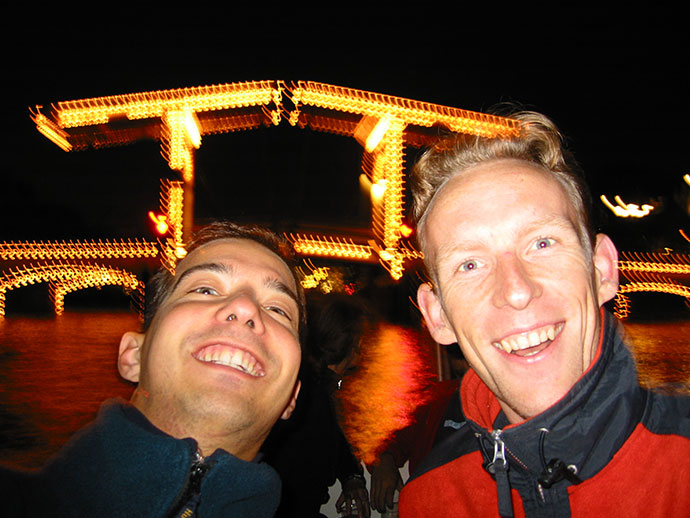 Alexander Griekspoor (@mekentosj) and Tom Groothuis (@ttwimlex) meet each other during their studies Medical Biology at the Free University of Amsterdam. Because their last names start with the same letter they usually end up in the same study group or lab sessions, and soon they become good friends. 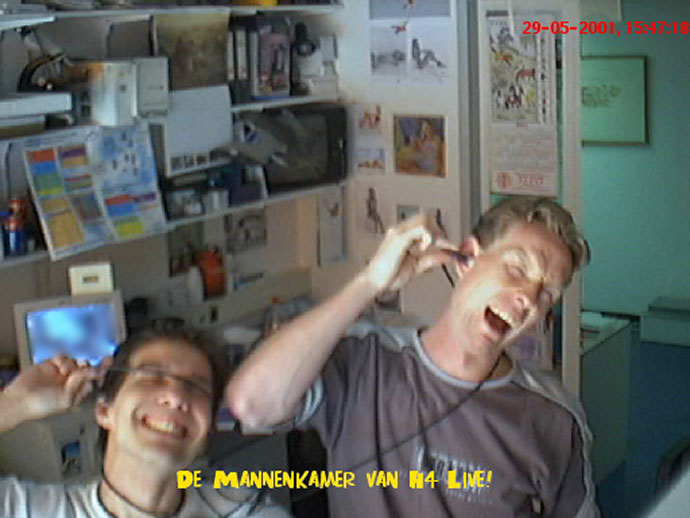 For their final year at university they both pick the same group at The Netherlands Cancer institute for a rotation period. They are having a great time and fit well in the Cell Biology research group of slighlty crazy but brilliant professor Sjaak Neefjes, so much so that they both say yes when offered to stay on as PhD students for the next few years. 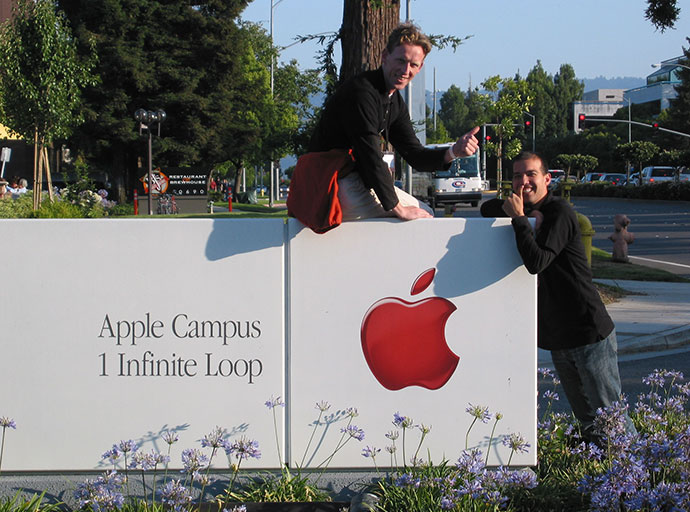 At that time, they are the only two students in the group who use a Macintosh computer, and soon their professor starts calling them “Mac” and “Tosj” or “Mek en Tosj” as one would say in Dutch. The name sticks because if you see one of them the other is not far away, and because the technical Mac skills they develop turn out to be pretty handy to their research efforts. 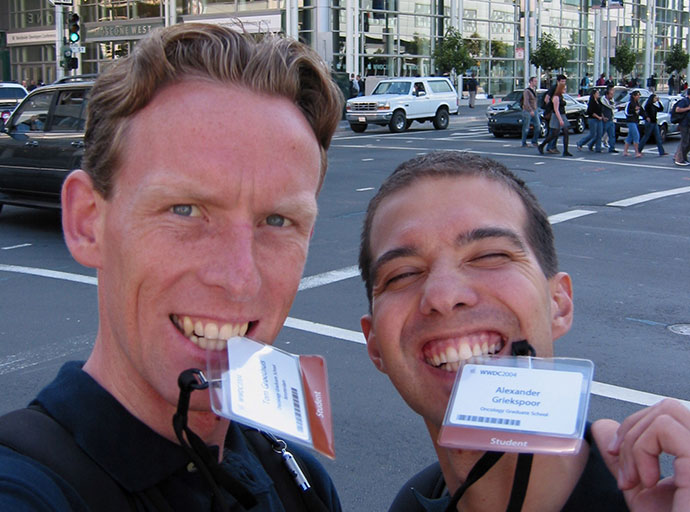 They start building Mac apps to help with problems they encounter in the lab. First simple ones like LabAssistant, but steadily they become more complex. They publish them for free on a website inspired by their nickname: mekentosj.com. When they start thinking of charging for their apps so they can pay a visit to Apple’s yearly developer conference, the Netherlands Cancer Institute kindly offers to sponsor them instead and off they go. 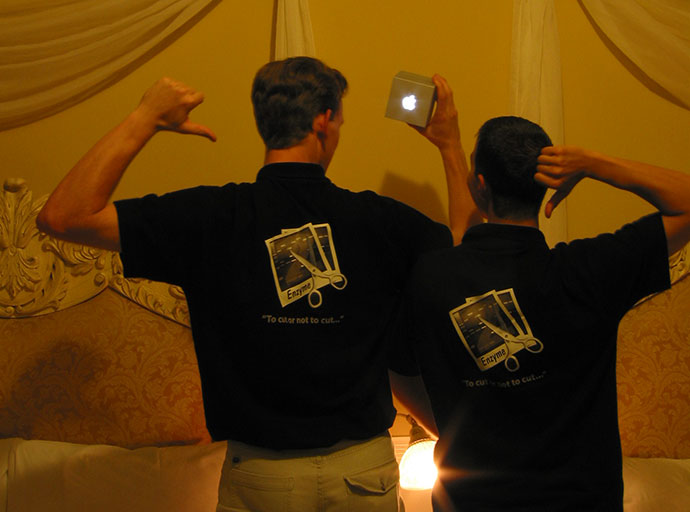 Along with submitting a student scholarship request, they also decide to enter their sequence trace viewer Mac app 4Peaks in the Apple Design Award competition. They are ecstatic when they find out they win the 2004 award for best Mac OS X student product. It also means their website with its strange name suddenly becomes a whole lot more popular. 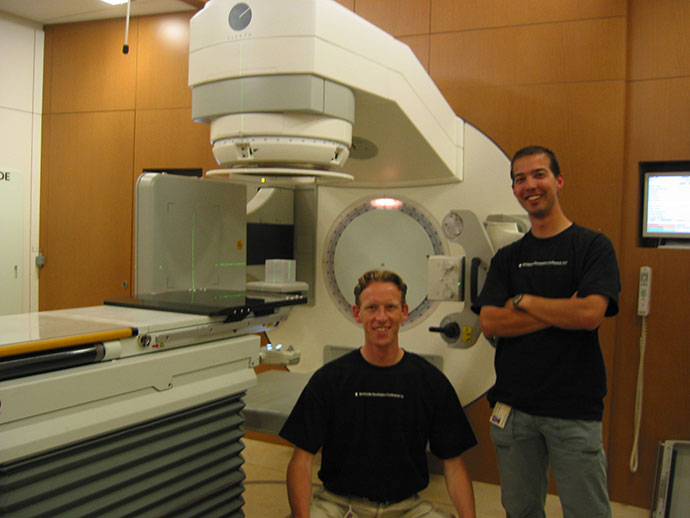 Back home they cannot resist their scientific curiosity and convince their friends at the NKI/AVL radiotherapy department to make a CT scan of the cube-shaped award. Although their “discovery” is not exactly earth-shattering —the cube contains two led lights driven by 4 plain-old AA-type batteries—, it does make for some pretty pictures and a fun story. View the Movie

The great experience of attending Apple’s developer conference tastes of more. As their PhD progresses, they use their spare hours outside the lab to continue to improve their apps. The hard work pays off in 2006 when they win their second Apple Design Award, this time for the major new release of their restriction enzyme compendium and DNA editor tool EnzymeX. 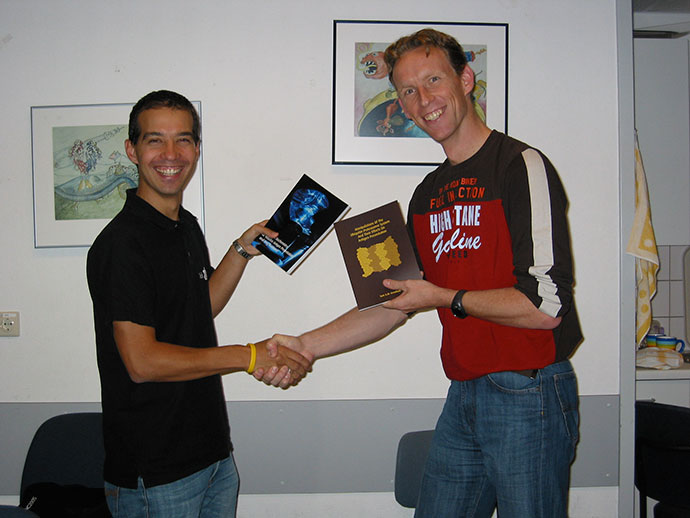 End of an era

In November 2006 the Mekentosj duo finishes their PhD. In style they both defend their thesis the same day, followed by a big party afterwards. It marks the end of the first chapter of the Nucleobytes story, as each goes a different way for their post doc. Of course the friendship they had built over the years stays... 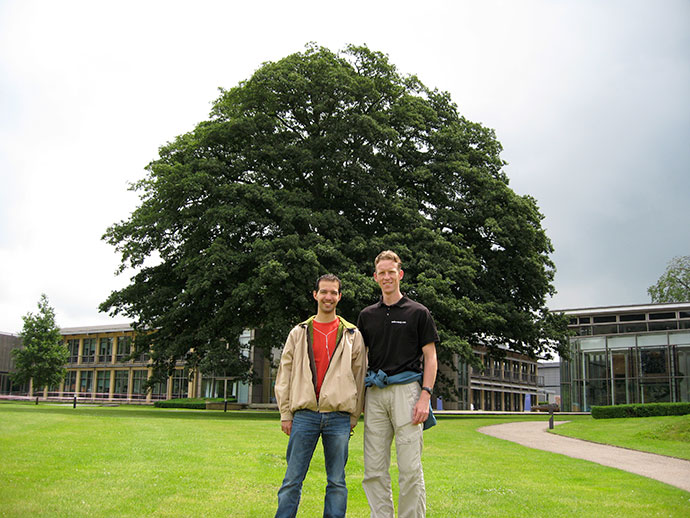 Tom returns to his “motherland” in the east of The Netherlands and starts a postdoc at Twente University, while Alex decides to move closer to the programming hobby he started during his PhD. He picks the European Bioinformatics Institute in Cambridge, UK, where he will focus on text mining solutions to analyse the research literature. 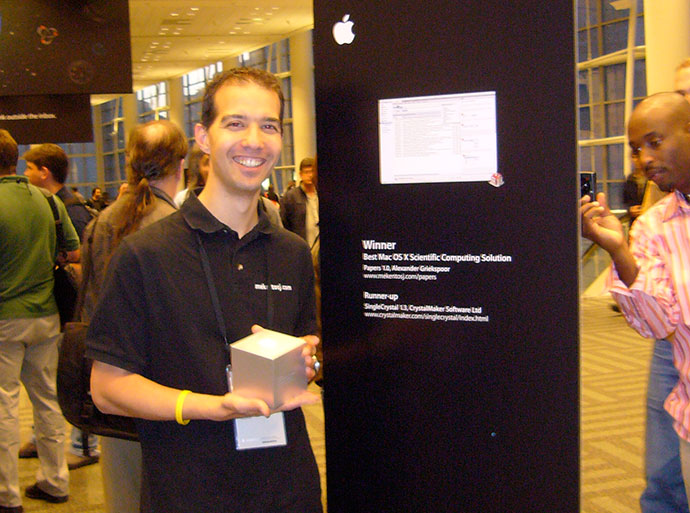 Before he can start however, he first has to wait for his Marie Curie fellowship to come through. In hindsight the bureaucratic hold up turns out to be the best time spent on anything he has ever done. He starts working on an idea that he has had for a long time: to build a Mac app that helps researchers organize their messy pile of PDF documents into a neatly organized personal library of research. He calls the app “Papers”. 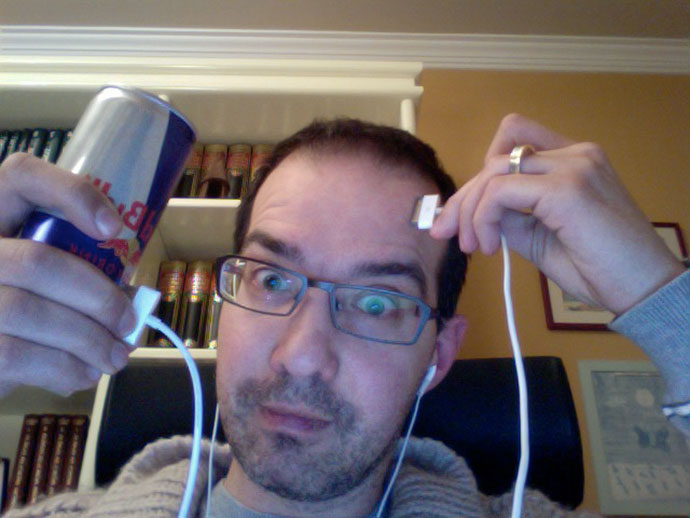 Papers turns out to be a runaway success among researchers, helped by winning Alex’s third Apple Design Award at the 2007 developer conference. Soon he finds himself more interested in working on Papers than in his postdoc. He decides to take the jump and focus all his time and energy on Papers as an indie developer. Mekentosj the company is born. 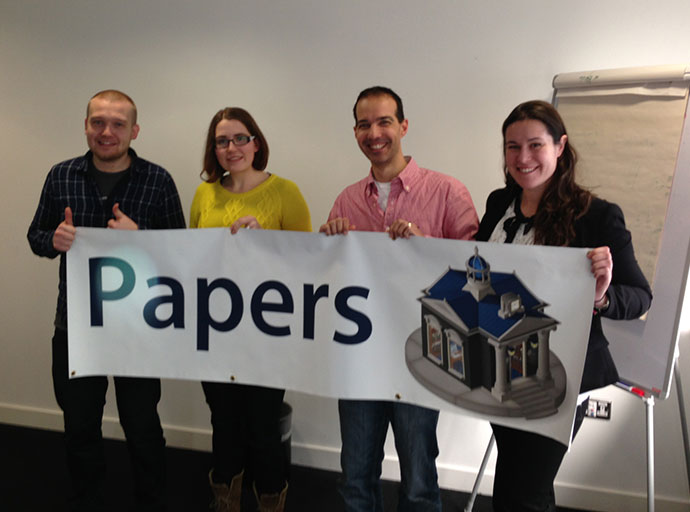 The success of Papers continues and slowly the team grows to 6 people, based in just as many countries, all with different nationalities. In 2012 the scientific publisher Springer enters the scene and becomes the new home for Papers, allowing it to ambitiously grow further. Watch the talk Alex gave on why he decided it was a good time for Papers to leave the nest. 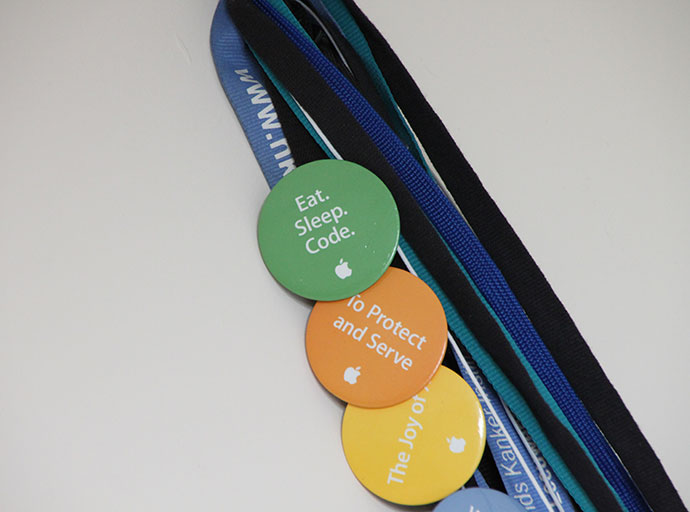 As part of Papers leaving its parental home, the Mekentosj website gets a new name: Nucleobytes.com. It is still home to the molecular biology apps that were at the base of its success. Moreover, it has seen two exciting new additions in the form of Findings and Manuscripts. Created by former employees Charles Parnot (@cparnot) and Matias Piipari (@mz2), these co-developed apps are examples of the next generation of innovative apps for scientists and researchers brought to you by Nucleobytes.